Starting in 2018, Lynne Handy asked me to change her Facebook cover image once a month. She wanted to put a different poem, or portion of a poem, on the cover each month. I got the impression she spent a fair amount of time putting this together each year. On November 8, 2022 I received her poems for 2023 (She included one by our poet laureate of the Fox Valley, Frank Rutledge!). Unfortunately, she passed away on November 20, 2022.

I don't feel right logging on to her Facebook page and changing the covers anymore. It just seems wrong, but at the same time, I want to acknowledge her work, the effort she put into choosing which poems to display. Accordingly, I'm going to post the remaining poems here, all at once. 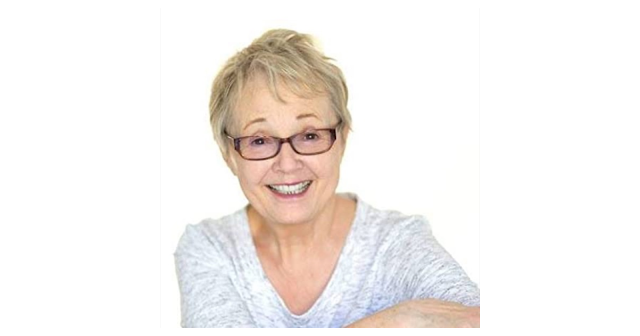 A cold coming we had of it,

Just the worst time of the year

For a journey, and such a long journey:

The ways deep and the weather sharp,

The very dead of winter.”

That winter I had nothing to do

but tend the kettle in my shuttered room

on the top floor of a pensione near a cemetery…

And the moral of my code

and what is good is doubly

when it’s a matter of two

Our bodies are separate, individual things.

But blow quickly through the red, white, yellow skins

To the terrible snarl,

Not mine, not yours, not hers,

But all one snarl of souls.

I remember this woman who sat for years

In a wheelchair, looking straight ahead

Out the window at sycamore trees unleafing

And leafing at the far end of the lane.

Now has come the joyous month of May,

So gay, with such sweet delights,

As these orchards, hedges, and these woods,

All decked with leaves and blossoms,

And all things rejoice.

The sun should be a couple of million miles

Closer today. It wouldn’t hurt anything

And anyway, this cold rainy June is hard

On me and the nesting birds…

But when the thistle blooms and on the tree

The loud cicada sits and pours his song

Shrill and continuous, beneath his wings,

I am a honey locust tree

to be a Mourning Dove

Season of mists and mellow fruitfulness,

Close bosom-friend of the maturing sun;

Conspiring with him how to load and bless

With fruit the vines that round the thatch-eves run…

…Autumn and winter are in the dreams…the farmer goes

The droves and crops increase...the barns are well-filled.

When icicles hang by the wall,

And Dick the shepherd blows his nail,

And Tom bears logs into the hall,

The stars, the heavens, and the elements

contested, using all their arts and care,

to make that living light where Nature and

the sun are mirrored, nothing matches it.

This is the perfect way to honor Lynn. The Neruda made me laugh. ‘The snarl of souls’ caused me to pause with pure appreciation, to read it again and yet again. That this lively, complex, talented woman is gone is impossible to grasp. That will take some time.
Cathy

Thanks Kevin. This is a wonderful tribute to Lynne and your friendship.