Book Review - Antisocial: Online Extremists, Techno-Utopians, and the Hijacking of the American Conversation

Antisocial: Online Extremists, Techno-Utopians, and the Hijacking of the American Conversation by Andrew Marantz
My rating: 5 of 5 stars

This book was great. The reporting was thorough and well written.

About 10 years ago I was a true believer. With the advent of the Kindle, I thought the digital revolution would free writers from the tyranny of the gatekeepers. I also felt the same about blogging. Everyone could now publish their own magazine and we would be able to read a wider variety of viewpoints. In both cases, Kindle and blogs, the marketplace would cause the best to rise to the top.

I was wrong, very wrong. The best does not rise to the top. This book went a long way toward explaining why I got it wrong. I thought quality would naturally be recognized and become popular. But quality has nothing to do with it. Popularity is a function of just about everything but quality. The social media experiment that we've all involuntarily been a part of has shown that popularity is far too easy to manipulate -- and popularity is based on negative emotions. The number of likes, shares and retweets denote quality and the way to get likes, shares and retweets is to feature anger, hate and fear.

I now feel social media has made our lives worse. It has coarsened our discourse. The alt-right has won the battle of social media. I can't figure out if the alt-right players are truly committed to their beliefs or if they're only in it for the money, or just for kicks. It's like a video game to them, with likes, shares and retweets as the scores. I get the impression from the book that if they could score big trolling for liberals they would switch over in a New York minute. If that is true, it’s truly sad because they are responsible for so much damage to our society and democracy.

Book Review: Leave It As It Is by David Gessner

Leave It As It Is: A Journey Through Theodore Roosevelt's American Wilderness by David Gessner
My rating: 5 of 5 stars

This is a great book. I found his interpretation of Teddy Roosevelt’s life inspiring. Roosevelt had many flaws: he loved killing things, his enthusiasm for American expansion and military adventures, and his attitude toward and treatment of Native Americans. But he also did quite a bit of good when it comes to conservation: he declared 230,000,000 acres of American land off-limits to industry and development.

TR was quite progressive, not only for his time, but he would be considered progressive now – which speaks to how little progress we have made. This section from the book is about TR’s platform in the 1912 election (which he lost):

“The progressive platform was stunning in its modernity: a social insurance system for the elderly, unemployed, and disabled; strict campaign finance restrictions; women’s suffrage; an eight-hour workday; a minimum wage for women; an inheritance tax; worker’s compensation for injuries in the workplace; and a vow to ‘destroy this invisible Government, to dissolve the unholy alliance between corrupt business and corrupt politics.’”

Gessner sees hope, though I am not sure it is warranted. It is refreshing to read.

“We are changing. The culture is changing. Or rather the cultures. It is my dream that, despite recent evidence and recent politics, we will change into something more creative, more open, more fluid; something larger, more magnanimous, more inclusive, and ultimately more exciting.”

New Arrival in Our Tree: A Robin!

We have had doves nest in the river birch in front of our house for many years. This is the first time we've had a robin and while doves are nice, robins do add a splash of color! 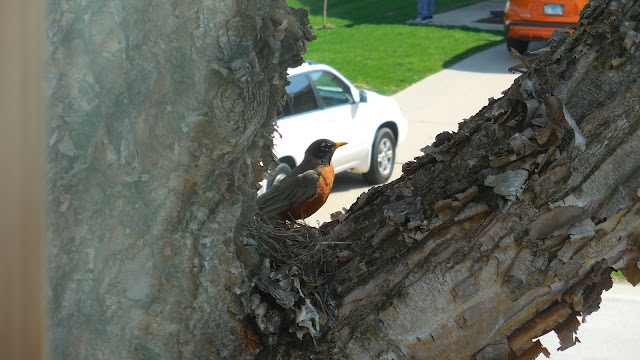 Why do I feel compelled to express myself online? Why do any of us?

I recently posted that no one reads these posts and directed people to my Twitter feed. Now here I am, not even a month later writing yet another post. What I found was that Twitter bores me. It can get me riled up when one of my friends retweets something political, but that feeling goes away quickly and ultimately leaves me empty. Facebook? I like Facebook for pictures: birds, ships, trains, and the occasional graphic meme usually about libraries.

I still feel the urge to put something on this platform. I'm not sure why, but I'm tired of examining my motives. I figure I've got 15 years left and I should do what I enjoy. If I haven't figured out the why by now - who cares? 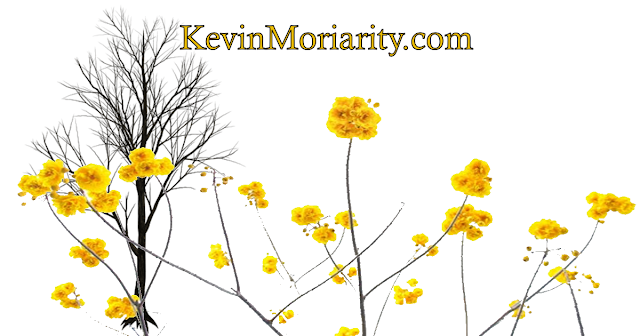 I don't think my writing is so compelling that it should be otherwise, but this fact does bother me. For many people, Facebook or Twitter is the internet, and that wasn't how it was supposed to be. The internet was supposed to be all about decentralization - a wonderful smorgasbord of different topics and viewpoints - not curated or algorithmically provided to us. Instead we have gatekeepers, and not even human ones, but gatekeepers in code.

I started doing the opposite -- posting on Twitter and then sharing the post to this blog, but that way generates no views here either. So, that is probably a waste. I think it's time to abandon this platform and focus on one. It's hard for me to give it up though, along with my domain. Does it make any sense to retain my domain name if I just post on Twitter? I'm not sure it is. I own it for 5 years, so I won't do anything to change that. It's my address in cyberspace and I'm going to hang on to it until I'm dead (or beyond!). Don't be surprised if I change my mind in a week, month, or year and start posting here again. I go back and forth on this. I feel both compelled to write here and that it's a big waste of my time. I'm a whack job; I admit it.

Based on the book I reviewed recently, Sandy Hook, I think both Facebook and Twitter have been remiss in policing hate and lies, but that Twitter does marginally better. So, if you wish to see what I'm up to, or care about, simply follow me on Twitter: