Book Review: The Innovators: How a Group of Hackers, Geniuses and Geeks Created the Digital Revolution by Walter Isaacson

The Innovators: How a Group of Hackers, Geniuses and Geeks Created the Digital Revolution by Walter Isaacson
My rating: 4 of 5 stars

I really enjoyed this book. We tend to glorify the big names: Gates, Bezos, Zuckerberg -- but this book includes the people that worked with them and that sometimes provided more value!

I liked the parts stressing how the computer should augment human abilities rather than replace humans. I joined the bandwagon in the early 80s and thought the computer would unleash a creative storm, and ultimately make us smarter. I was only partly right.

The book was written in 2014, so it's a bit dated in one respect. He thought social media would connect people, create community. He was right to an extent of course, but I think he didn't foresee how much our data would be used to market to us, to manipulate us, and in a political / cultural sense -- separate us.

I find it unfortunate that the original idea of computing and the internet (discussed nicely in this book) seems to have fallen by the wayside. It's now monopolized by social media. Many people seem to think Facebook is the internet and that is unfortunate.

I saw this post today about a Fox News interview with this guy claiming that Microsoft is trying to change society by nudging writers into u... 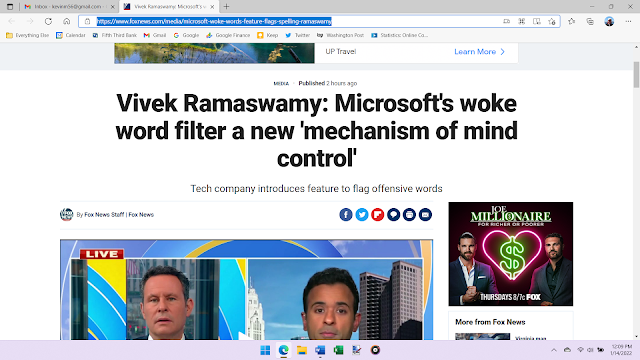